In the case of controls: DropDown, Checkbox, and Radio, the dependencies are created based in the option ticked from the list of choices. For the Calculated Fields the dependent fields are based in the value of calculated field as result of evaluate the equation.

The process in the controls: DropDown, Checkbox and Radio, is similar: 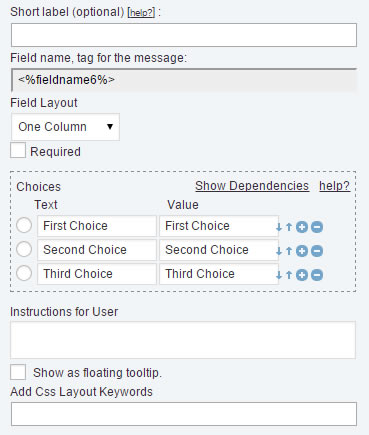 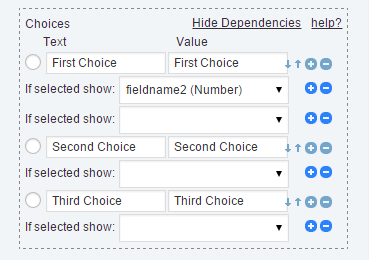 The case of Calculated Field is singular. By general there is no way to know exactly the value returned by an equation, because it is determined by the values the user enter in the fields that participate in the equation. So, the process is more complex, but powerful. 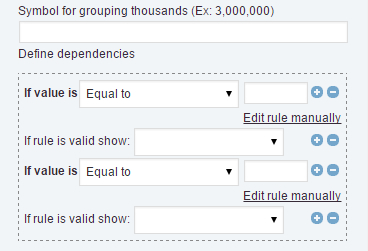 But, how to define more specific comparison rules? How to display a third field, if the value of calculated field is greater than a number, but lesser than another?

The process require some additional skills but is not very hard:

Click the link: “Edit rule manually”, associated to the dependency rule, and type the validation rule manually, where the term “value” is a variable that represent the value of the calculated field.

For example, suppose you want display a field if the value of calculated field is greater than 10 but less than 20. For this case, click  the link: “Edit rule manually”, associated to the dependency rule, and type the following conditional statement: 10<value && value<20